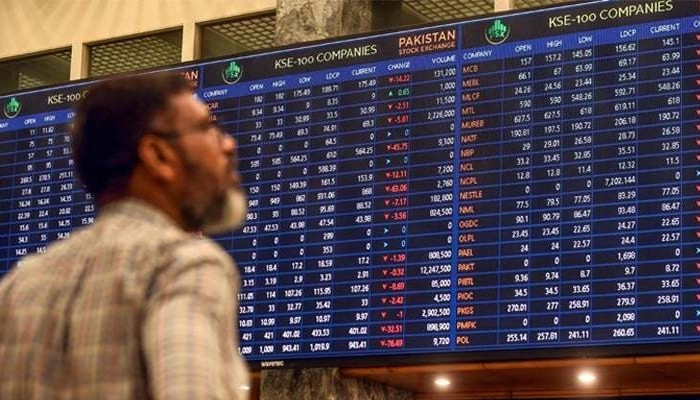 KARACHI: Equity trading remained choppy for most of the sessions over the past week, with the KSE-100 index hovering between red and green, following the news feed. The benchmark fell 202 points or 0.4% in the week ended October 1 amid continued pressure to settle at 44,871.7 points.

Selling pressures persisted throughout the week in heavily indexed sectors as the ongoing geopolitical scenario in terms of relations with the United States and the current situation in Afghanistan made investors suspicious.

The week started on a bearish note as stocks took a hit from the currency devaluation that pushed the benchmark below 45,000 points.

A report from Arif Habib Limited noted that the market had started on a negative note due to “high world commodity prices, such as unprecedented coal prices of $ 200.5 per tonne, marked by the price Arab Light reaching a three-year high of Rs 80.20 per tonne. bbl “.

However, the tables turned and after recording losses in seven consecutive sessions, the bulls made a comeback to the stock market. Investor sentiment turned positive due to the expectation of a return to the International Monetary Fund (IMF) program and the government’s announcement of measures to slow imports, which cushioned the decline.

Sadly, sentiment turned sour again on Wednesday, and the market plunged more than 900 points at the end of the session following a US Senate counterterrorism bill in Afghanistan that sparked the concern of investors as they assessed the potential impact. on US-Pakistani relations.

US senators have introduced a bill entitled “Afghanistan Counterterrorism, Oversight, and Accountability Act” in the US Senate to call for the imposition of sanctions against the Afghan Taliban which could also extend to Pakistan.

On Thursday, investors emerged from the gloom of the previous session and recovered most of the losses suffered in the last session in September.

Unfortunately, momentum could not be sustained and bears made a comeback in the last session mainly due to the continued depreciation of the Pakistani rupee against the US dollar which remained a source of concern for investors. foreigners, who suffered losses on old positions in exploration and production and banks.

Cumulatively, the benchmark KSE-100 fell 5.3% in 1QFY22 after positive returns over the past five quarters.

September has been marked as the “worst month after March 2020”.

A report from JS Global noted: “After giving a seven-year high performance of 38% return in FY21, the KSE-100 index has proven to be one of the worst performing markets in the world. price of 1QFY22. “

Other major developments during the week were as follows: Paris Club extended Pakistan’s $ 1 billion debt payment deadline until December 2021, Pakistan reached deal to secure debt oil on Saudi Arabia’s deferred payments, which could likely ease some pressure on the import bill, the Federal Revenue collected Rs 1.395 billion in taxes in the first quarter of the fiscal year and SBP reserves declined from $ 248.9 million to $ 19.29 billion in the week ended September 24, 2021.

Foreign sales were recorded this week, reaching $ 21.9 million from a net purchase of $ 6.7 million recorded last week. The sale was seen in commercial banks ($ 13.5 million) and exploration and production ($ 4.3 million).

During the week under review, average volumes reached 355 million titles (down 8% on a weekly basis). Meanwhile, the average traded value stood at $ 76 million (up 3% week-over-week).

The big winners and losers of the week

Outlook for next week

Arif Habib Limited said: “The market is expected to be positive over the coming week as the scripts are trading at attractive valuations. ”

“In addition, the IMF review begins from October 4, which, if successful, could provide a much-needed respite from the sentiment of ailing investment,” he said, adding that the recent statement by the US secretary of state recognizing Pakistan’s crucial role in talks with the Taliban success will allay investor concerns.