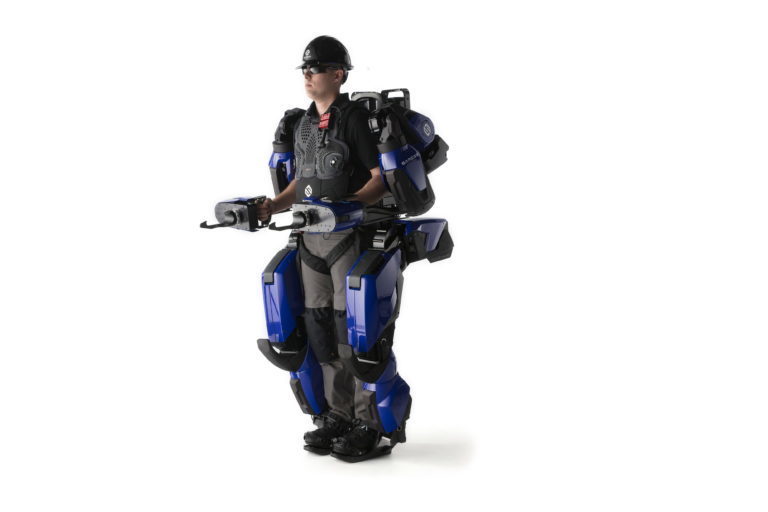 A company that makes robotic “exosuits” that allow workers to lift heavy loads for logistics and manufacturing tasks has gone public today, supply to Sarcos Technology and Robotics Corp. $ 260 million in support of the deployment of its product by the end of 2022.

Sarcos, based in Salt Lake City, Utah announced the move for the first time two weeks ago when it unveiled its proposed merger with Rotor Acquisition Corp., a Special Purpose Acquisition Company (SPAC). Acquisition by a SPAC allows startups to begin selling company stock much faster than the traditional route of filing an initial public offering (IPO).

The PSPC merger strategy has gained popularity in the logistics industry in recent months, most recently with a announcement by digital freight brokerage company Transfix last week it had raised $ 405 million and would become a publicly traded company through a combination with G Squared Ascend I Inc. Other examples in 2021 included the supplier of robotics and warehouse automation Berkshire Gray Inc., autonomous trucking platform provider Embark Camions Inc., manufacturer of hydrogen fuel cell trucks Hyzon Motors Inc.

For Sarcos, which was previously a subsidiary of Raytheon Corp., the move allowed it to raise enough capital to avoid further rounds of funding while still meeting its goal of launching business units by the end of 2022, the company said. “Listing our securities on the Nasdaq is a critical step for Sarcos,” Ben Wolff, Chairman and CEO of Sarcos, said in a statement. “As a public company, we now have the resources we need to commercialize our award-winning Guardian XO industrial exoskeleton and Guardian XT industrial robotic avatar system, providing businesses in the United States and abroad with a solution. unique to the critical shortage of workers who are able to perform physically demanding tasks.

In Sarcos’ vision, its technology could help logistics and warehousing companies by bridging the gap between manual and assisted lifting activities.

Specifically, the company claims that most warehouses process small to medium-sized packages with handling equipment such as forklifts, tugs, sorters, picking arms, conveyors, autonomous mobile robots (AMR ) and humans. But Sarcos says this approach ignores the need to deal with items that are bulky, less loaded than pallets and non-transportable, such as refrigerators, furniture and basketball boards.

Most DCs are meeting the challenge by assigning teams of workers to lift this heavy cargo, which increases the risk of workplace injuries and delays in execution, Sarcos explains. Instead, the company says its products combine the judgment and physical flexibility of warehouse workers with the power of robotics that allows them to lift goods up to 200 pounds.

Thank you for receiving us @SquawkCNBC and @JoeSquawk. We can’t wait to get back to the program to show off our Industrial Guardian XT #robotics avatar system soon. https://t.co/M11IkfMlZp